Soap: From its origin to today

Soap: From its origin to today 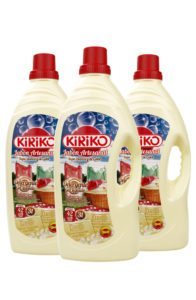 As it happens with many other products, the origin of soap remains unclear. What we do know is that it is a very old product: the oldest remains of soap found are of Babylonian origin and date from 2800 BC.

However the first people to really expand the handcrafting of the soap were the Romans, using it in their daily hygiene to avoid diseases.

Later, in the Middle Ages, the first soap-making unions emerged and manufacturing centers began to consolidate in Italy, Spain and France, although soap was only available to the upper classes because of its high price due to the taxes it included.

The first really big European soap manufactory was however built by the Arabs in Seville at the end of the 10th century: Olive groves and salt marshes from the surroundings provided the raw materials, needed to make a soap that four centuries later would be known as Soap of Castile.

In the fifteenth century the French town of Marseille developed a soap that imitated the elaboration of Spain’s white soap, made with soda and olive oil. Improving the ingredients and elaboration process they obtained soaps of better quality, still known and appreciated today as ‘Savon de Marseille’.

However, another two centuries passed until industrially manufactured soap bars would be available as from the 17th century.

In the 20th century there were many soap manufactories in our country Spain that made soaps in huge wooden molds and sold them wholesale, among others to women who cut the blocks in small portions which they sold door to door. These soaps were used both for personal hygiene and for washing clothes.

This soap was elaborated with caustic soda that came from big blocks that had to be minced with a chisel and a peak to be able to use it. The best soaps contained furthermore olive oil. The result was a traditional, biodegradable product whose magnificent properties were well known to our grandmothers.

Much has changed since then but now Casa Kiriko has developed a new laundry detergent – Traditional Soap Detergent – which reminds us of the aroma and the traditional recipe of those soaps and which won’t leave indifferent our Spanish customers.